1914 Sinking of the Titanic

I decided, for a little change-up, to post some history away from the village.  The sinking of the Titanic in 1914 has been in the news a bit lately, especially as it always seems to be of fascination, since some new evidence has surfaced that the ship was having problems long before it hit the iceberg.  That the iceberg might have been the final death knell in staying afloat.

The following article was found in the April 18, 1914, issue of The Fowlerville Review: 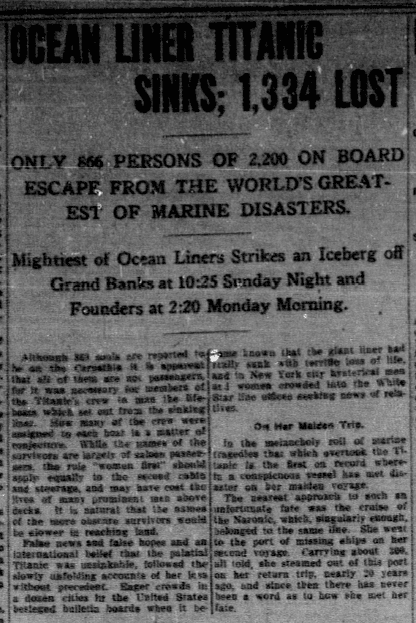 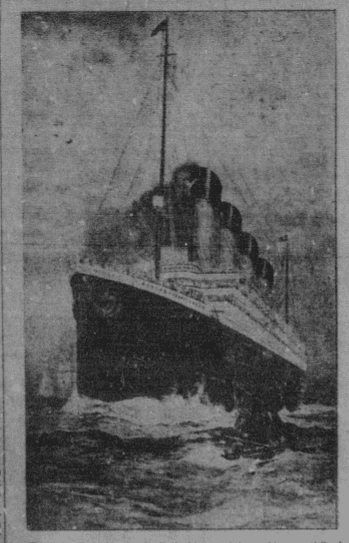 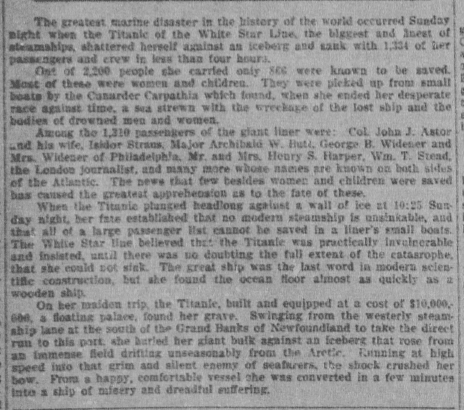