In 1875, a very large house was built just south of the railroad tracks on the east side of South Grand Avenue.  It was built by the Rounsville family, also owners of the grain elevator across South Grand; the same one that was severely damaged in the 1909 tornado that touched down along the tracks.  For more information on the Rounsville family and/or the tornado, feel free to use the search feature.  There's also sections of the 1875 map you can search on.

But now, back to 1971.  The property was now owned by Tom McKane and he was looking to sell 66.9 acres.  The village council was considering rezoning the land and received a great deal of opposition from residents.  Following are the articles with that information. 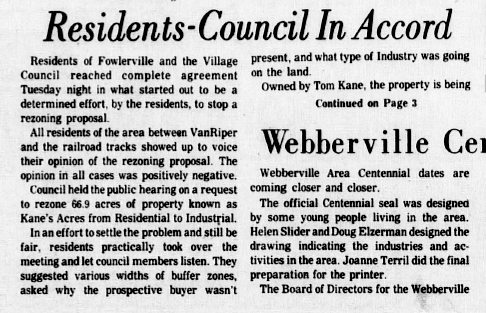 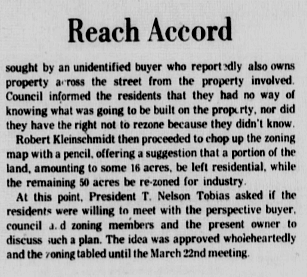 I'm curious if anyone remembers when the house was still standing and/or this battle.

I barely remember the house being there. For some reason I thought it burned. I had no idea of the rezoning battle.