As with yesterday's squint shot, I will be showing some memoriabilia a friend has collected over the years and offered for me to show here.  Following is a plate that was used as a 1909 complimentary give-away from the Commercial State Bank.  Both the front, showing a calendar around the perimeter, and the label printed at the back of the plate, are shown.

When 1909 is noted anywhere, what mainly comes to mind is the extensive coverage given to a "cyclone" that traveled along the railroad tracks and did considerable damage at the point the tracks cross South Grand Avenue.  As the tornado continued its northeasterly path, it eventually did damage to at least 250 homes and buildings until it petered out at about where the cemetery is located. 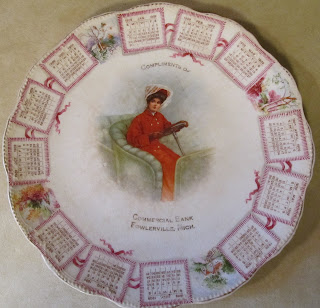 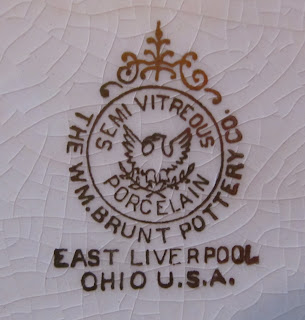