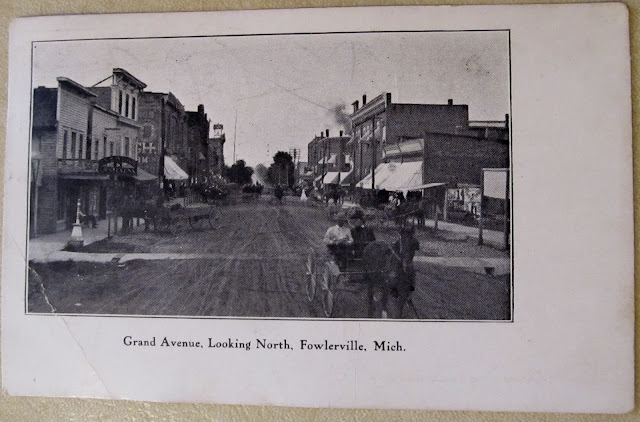 One of the iconic pictures of early Fowlerville came from a postcard printed in the early 1900s.  Every now and again one of these postcards will show up on eBay, which is where a local resident obtained this one from.

The front of the postcard shows a picture of Grand Avenue, looking north, at about where Church street is.  The Lockwood hotel would be at the right side of the photograph, which still stands, but all of the buildings at the left side of the picture no longer exist.  As time went along, those buildings were removed and now Curtis Grocery uses this area as a parking lot.

The back of this postcard has a cancelled 1-cent stamp at the upper right hand corner, and at the lower left hand corner, it is shown that the card was printed by the Standard Press.  The Fowlerville Standard was a competing newspaper with The Fowlerville Review.  The Standard lasted only a few years, including at least through the next year when extensive coverage and pictures were shown in the newspaper of the tornado that swept through the town.

But, back to this card.  I wonder who Master Jay Thorburn was and did he actually get this postcard?  With no note? 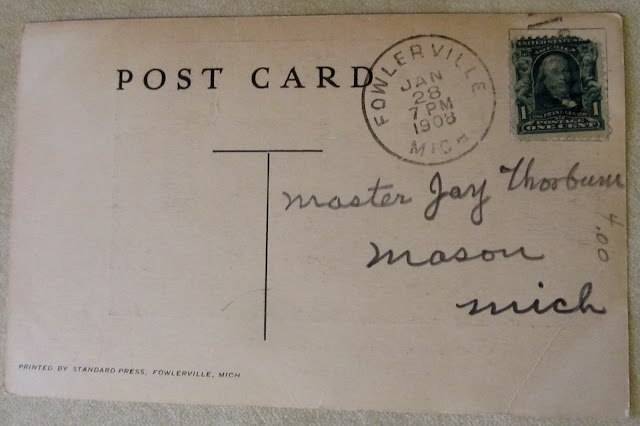