A great deal of the early history written about Fowlerville makes mention of Messrs. Turner & Archer, and the fact they would produce fine carriages. Their building was located at the corner of East Grand River and South Collins Street. In the summer of 1875, the following article published in The Fowlerville Review celebrated the "first top buggy" built by these gentlemen: 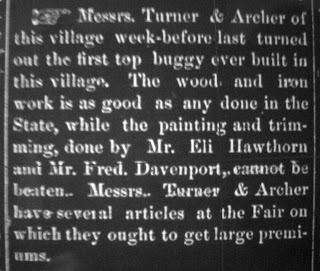 Earlier in the year, their work had been touted as, the Corbett House hack which has just been retrimmed and painted at the establishment of Messrs. Turner & Archer made its appearance on the streets on Monday. 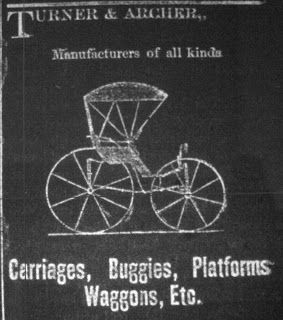 The next year, the following notice spoke of their award-winning buggy: 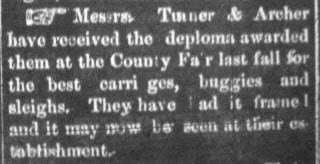 G.L. Adams kept readers apprised of other projects, such as the following notice published in The Fowlerville Review in mid-1876: Messrs. Turner & Archer are building a new platform-spring one-horse dray for Russel Hastings.
Posted by amuse me at 1:10 AM