The spring and summer of 2011 was busy, fun, exciting, and full of memories of days-gone-by for many of the residents of Fowlerville.  A temporary museum was set up in the south portion of the old hotel and many people provided items for display.

Pictures of most of those items made it to this website but it was hard to get everything saved and posted.  So, now a year later, I'm still coming across some pictures to post.  The following four pictures, provided for the display, show some of the 1986 parade and celebration.  In 1986, the area celebrated the 150th anniversary of the arrival of Ralph Fowler.

The first picture shows the Curtis Grocery float as it passed in front of the building on East Grand River which now houses Zizka-Grand-Lockwood agency.  I am imagining that Frank and Francis Curtis are sitting at the front of the float and I know that is Ken standing at the back. 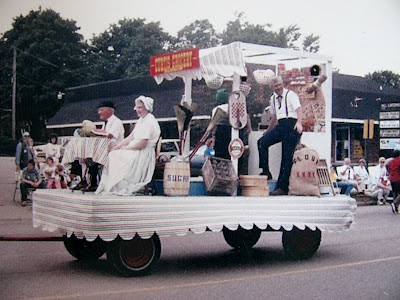 This next float is from Copeland Construction. 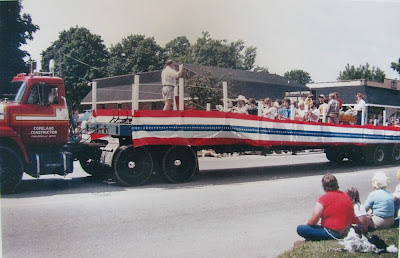 A celebration dinner was held at the Woodshire banquet hall.  In the following picture, a few people are identified.  At the far left at the podium, that is Frank Utter.  To his left, with the dark hair and beard, that is Steve Horton.  Wilkinson and Anna Finlan are identified as standing front of Steve.  I believe that might be Dawn Horton at the far right.  Not identified, but I recognize, Stirling Douglass is in the forefront, sitting down.  The last picture shows Jill Lockwood (not Jill Cole) being crowned as the queen for the celebration. 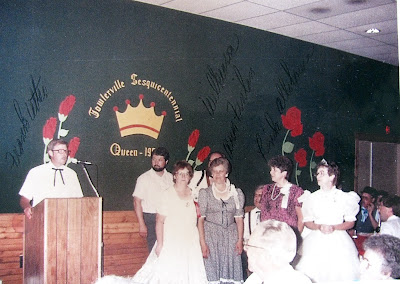 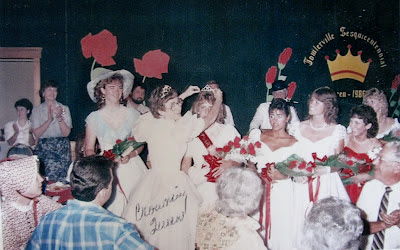