While having the pleasure of driving around town last summer with one our long-time residents, the following house is one that he pointed out to me as being a house built by Deo and Ethel Blackmer in the early 1900s.  It is on East Grand River and you may have passed by it a hundred times and hardly noticed it; the house stands quietly behind a large tree that shades it on the front exposure.

Deo Minto Blackmer was the son of S.T. Blackmer, the merchant that opened Blackmer's clothing store for men in 1896.  When S.T. retired, Deo took over running the store. 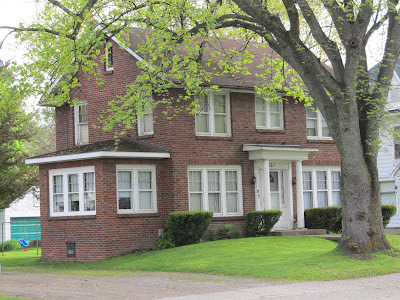