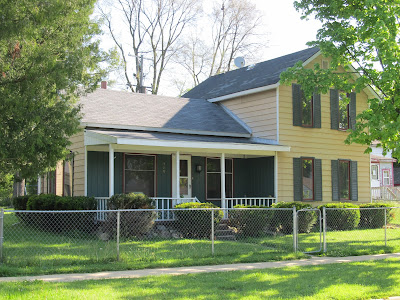 Orville Dingman, some may remember, was the Pontiac dealer here in Fowlerville, at one time.  According to my friend, this was his home on East Frank Street.  If my information is correct, the Pontiac dealer used to be located about across from the old hotel -- which is now the parking lot for Curtis Grocery.   At one time, from the Baptist Church on South Grand Avenue all the way north to the intersection, there were buildings and even a house tucked in with the storefronts.  Following is a picture of "Merchants Day" sometime around 1914.  I believe Dingman's dealership was in one of the storefronts at the left side of the picture; only a few years later than when this picture was taken. 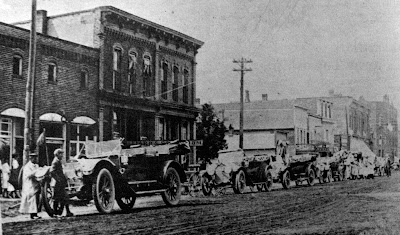