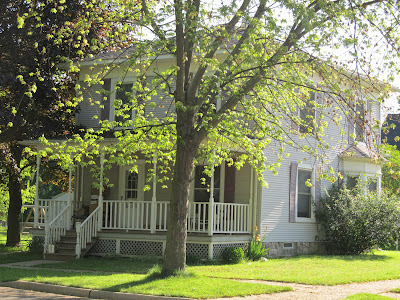 Kiddy-corner from the house shown in the squint shot from two days' ago, this house stands at the northeast corner of South Second and East Frank streets.  According to my source, this was the home of Frank Burkhart at one time.  The Burkhart name may not really be found locally anymore, but years ago, it was associated with the grain elevator that used to stand at the east side of the railroad tracks on South Grand where the Fowlerville Feed and Pet store can now be found.

The grain elevator burned in 1960, for the most part because, reportedly, it was a winter day when the building caught on fire and the snow was so deep, the trucks were not able to get to this location in time to save it.  Following is a picture of the elevator, taken along about 1958, given to me by Duane Herbert. 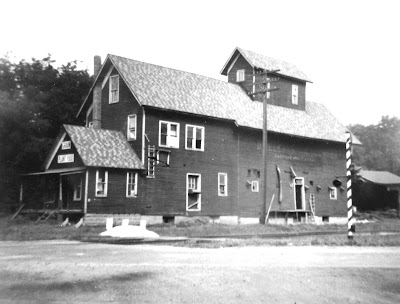