Another iconic store in Fowlerville was Blackmer's, opened in 1896.  By 1961, when the 125th anniversary celebration was taking place, the clothing store was owned and operated by Frank Utter.  Following is the article in the special edition of the newspaper, as well as a photograph with S.T. Blackmer in the shoe department and a later picture with Frank Utter: 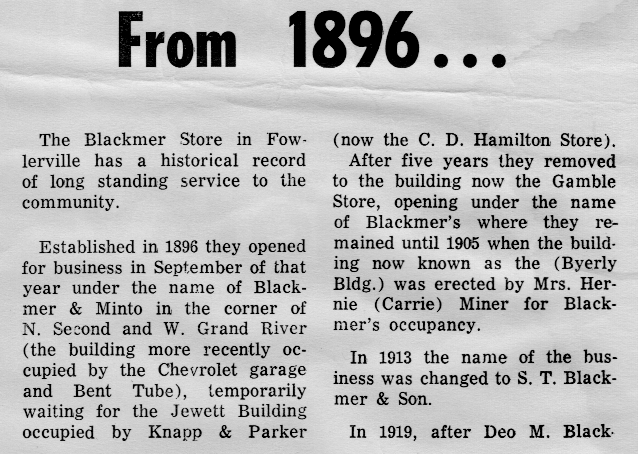 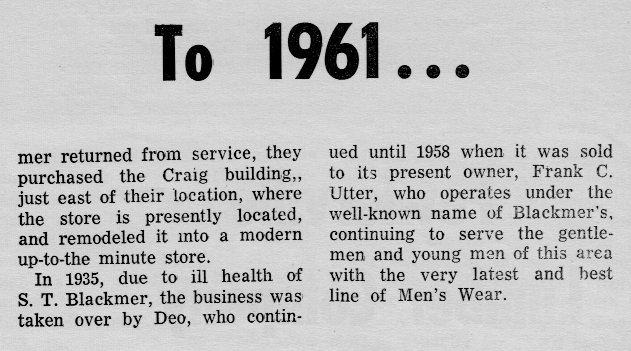 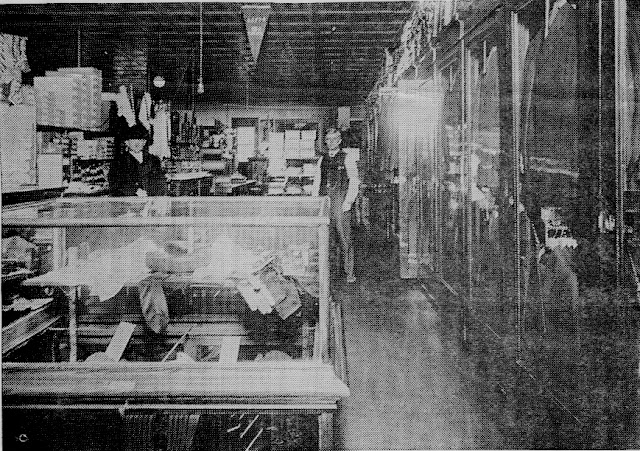 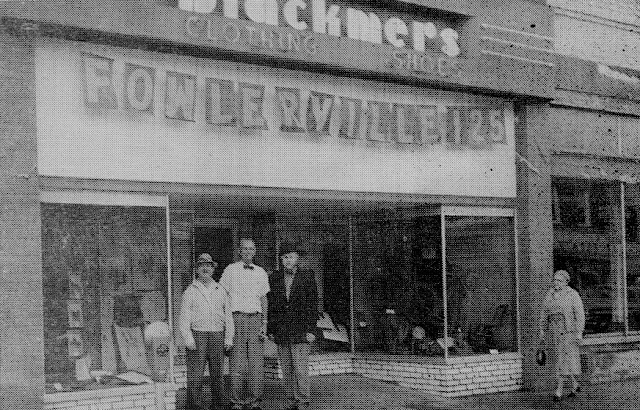