Yesterday's post offered up the article that went along with these two pictures, published in the 125th celebration special edition of The Fowlerville Review: 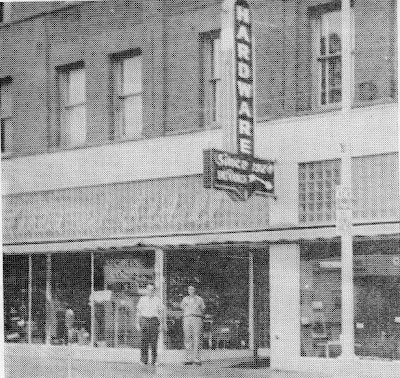 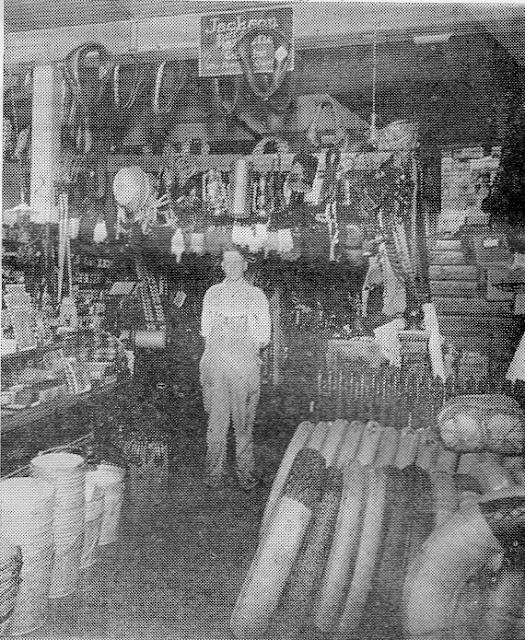 The Harmon building, where Sidell Hardware was located, was then known as the Sidell block.  Before that it was the Palmerton block.  While doing research for The Fowlerville Chronicles, I found pictures of both the engraved marble piece placed in the outside east wall of the building when it was reconstructed in 1892 calling it the Palmerton block, and then the metal plaque Mr. Sidell bolted over it when it was renamed the Sidell block.  Both pictures are in the book.
Posted by amuse me at 1:00 AM