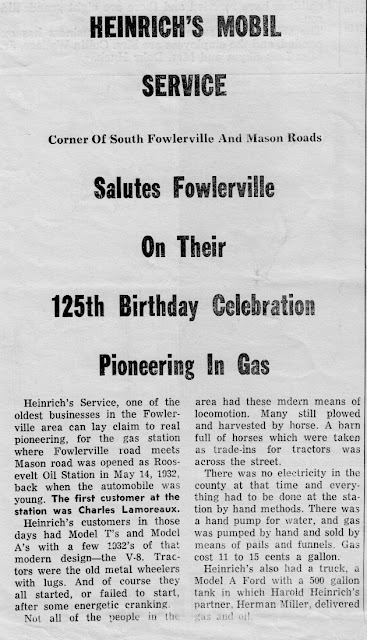 After reading this article, I decided to venture the northwest corner of Fowlerville and Howell/Mason roads.  Within a few minutes, I was having the pleasure of talking with Randy's office manager and asking her about any older pictures of the gas station.  And, as luck would have it, they have created a collage of pictures and I was able to take digital pictures of the collage.  The quality of these pictures is a little questionable since they were taken through the frame glass -- so, if you would like to see close-ups, head to Randy's gas station and ask about them.
The first two are from the 1950s, then one each in the mid-1970s, around 1980, late 1980s or early 1990s, and 2005.  Here are the pictures I took: 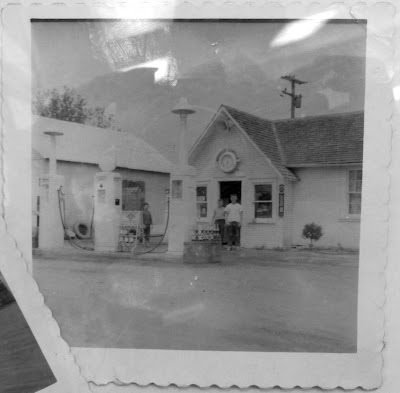 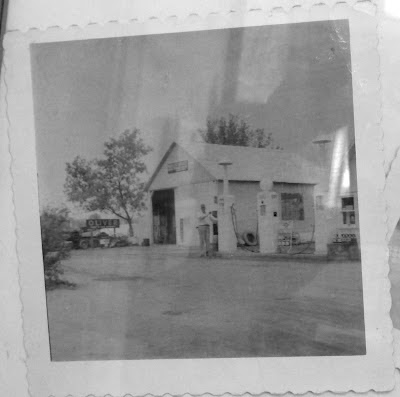 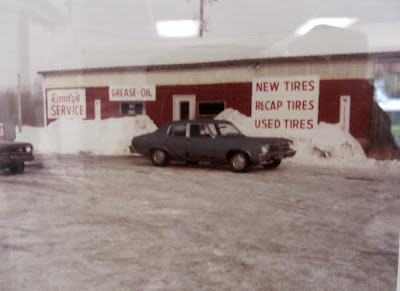 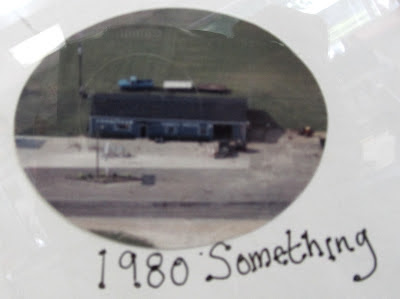 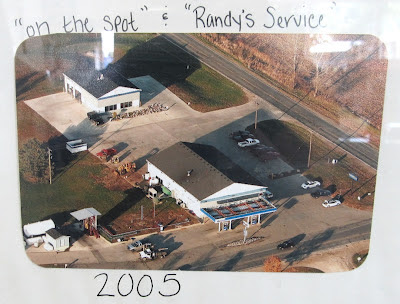