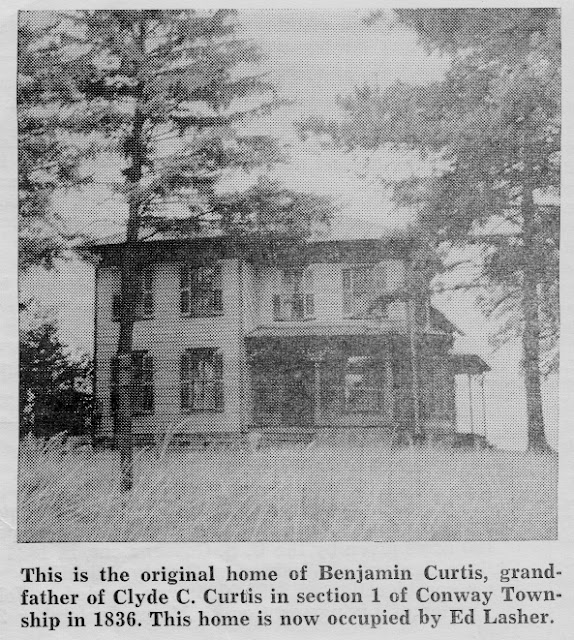 Benjamin Curtis is credited with proclaiming the Reason House -- a wooden structure located at the southwest corner of South Grand and West Grand River avenues -- as "Independence Hall."  The Reason House was built around 1852 and burned in February, 1878.  It was an early-morning fire that brought everyone running to help but the building could not be saved.
In its place a brick structure -- then referred to as the Commercial Hotel -- was built in 1880 at the same corner.  It stood until 1937.  By the 1930s, the hotel was in dire straits and basically falling down, according to those few that still remember it.  It was finally torn down by the Lansing Wrecking Company and a Hi-Speed gas station took its place.
But back to Clyde Curtis.  In 1961, Mr. Curtis was a grocer located where the North Grand avenue entrance to Maria's School of Dance can now be found.  The following year, a more modern and larger location was built by Mr. Curtis where Curtis Grocery now stands.  Following are two pictures of that building under construction, provided by Ann Utter: 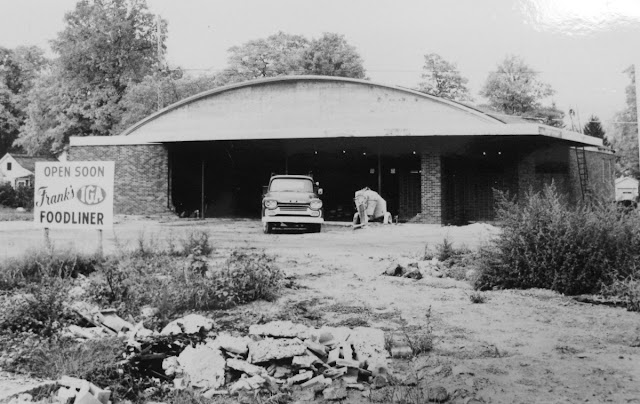 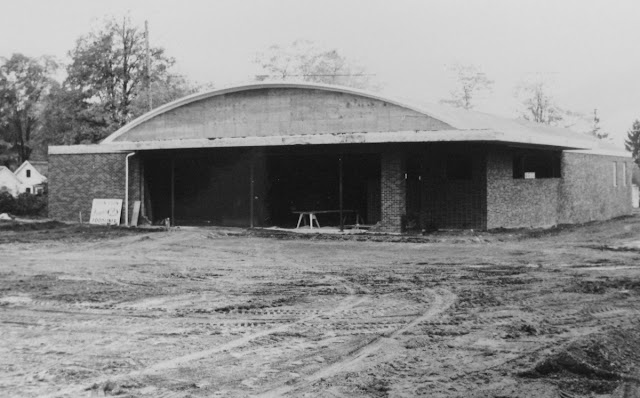