We have now arrived at the eleventh page of this 16-page 125th celebration special edition newspaper.  As I read the article below, it was just plain impossible to imagine the sight of steer trudging along in the dirt and mud that was Grand River Avenue.  At that time, the road was called "the gravel" and paving did not begin until the early 1920s.  From all the articles I have found, paving in Livingston county of Grand River avenue began in Howell and worked east and west from there.  It was during the years of 1922 to 1924, the downtown area of Fowlerville was paved. 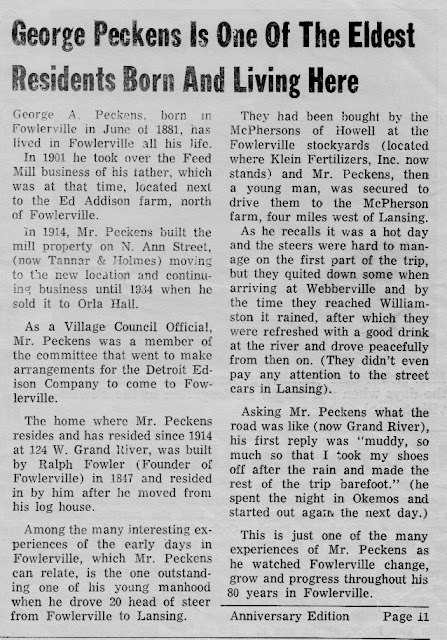