~~About $500 Stolen~~The store of Holt & Hart was entered Tuesday night and $500 taken from the safe.  About $400 of the money belonged to the firm and the other $100 was Maccabee money, Mr. Holt being the finance keeper of Fowlerville lodge.

The burglars gained entrance through the outside cellarway by pulling a staple and cut a hole through the door so they could lift the hook, thus giving them entrance into the store from the north side, the hole being neatly cut with a knife, just the shape and size of the ordinary hand.

The firm have been in the habit of cashing milk checks on the 15th and did not bank their money Tuesday night, leaving it in the safe.

The cash was taken with the exception of a few dollars in change, and the safe relocked.  As far as is known, no goods were taken and the burglars left no clue.

So far no clue has been discovered that throws any light on the robbery.

Interestingly, nothing more appeared in the newspaper on solving the robbery, but the following letter did appear about a month after the above report: 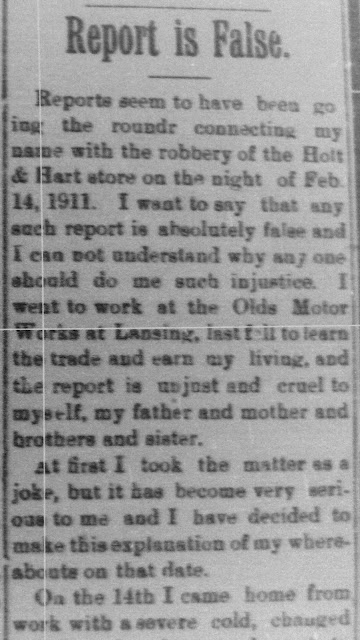 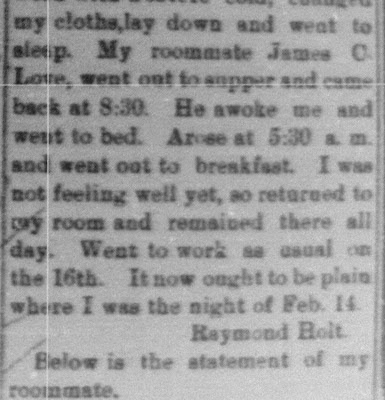 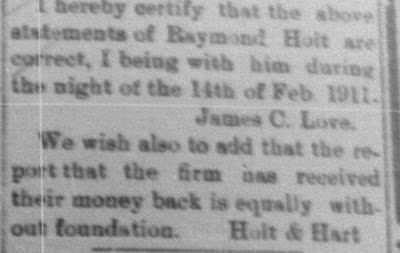