Banter back and forth between newspapers was the norm in the late 1800s and into the early 1900s.  G.L. "Dad" Adams was the publisher and editor of The Fowlerville Review from 1874-1929 (you might know I published a book on his life and writings), and he loved to reprint articles and then give his opinion/answer.
By 1928, automobiles were a common sight in and around the village and those passing through.  Concrete pavement had been laid down at the main four corners a few years earlier, although once drivers were past the village limits, there were still long stretches of "The Gravel," as it was called.
And, speed seemed to be an issue.  Following is a reprinted letter from the Northville Record and Mr. Adams' response: 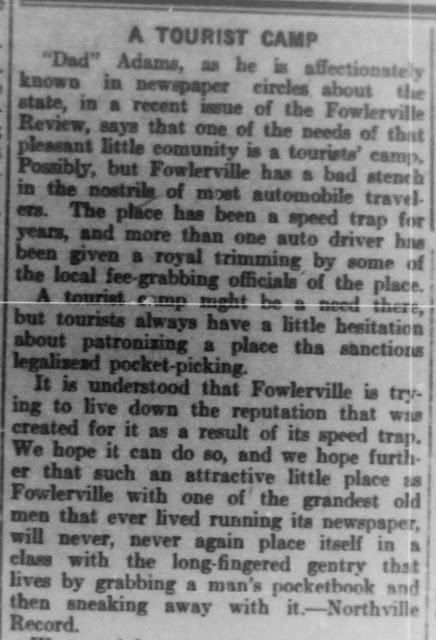 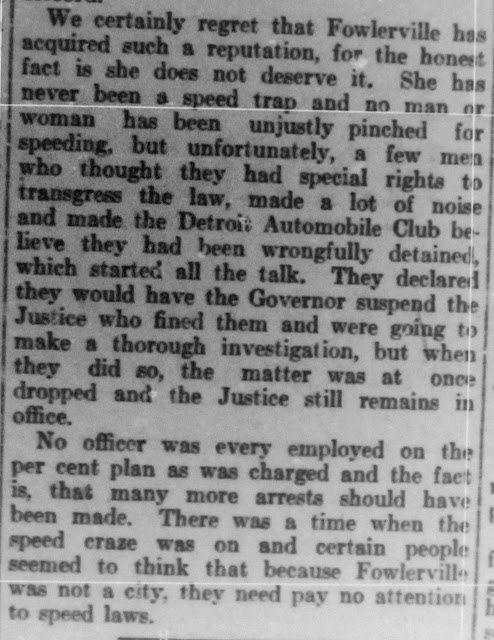