Following are two letters regarding the purchase of J.C. Ellsworth's organ in 1940: 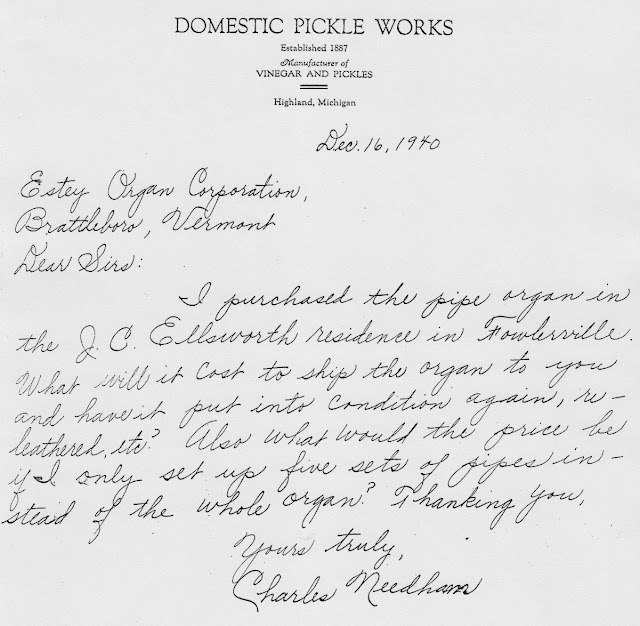 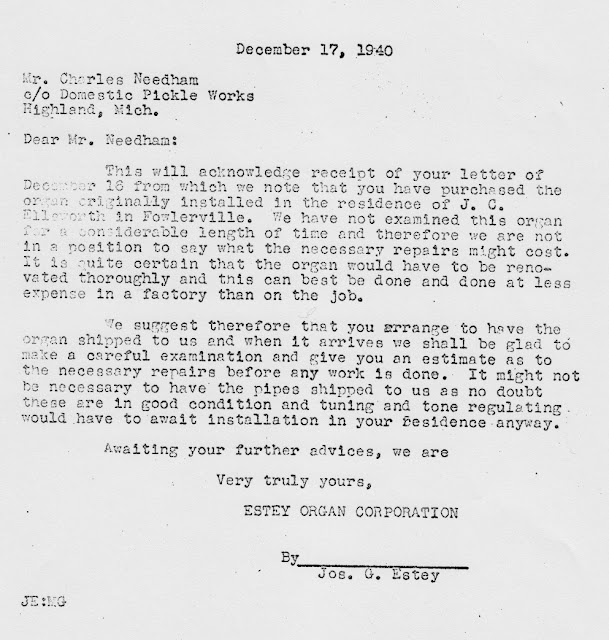 If you look back over the last few days, you can read quite a bit about both the organ and Bank Ellsworth.  But now the organ belonged to Mr. Charles Needham of the Howell Domestic Pickle Works.  In doing some research on Mr. Needham, I found a very informative website on Highland, which you read by clicking here.

To summarize what I found on that website, was the pickle works began in 1881, under the ownership of John Bernard Crouse, Henry Tremaine, and Solon Wilhelm.  There's no indication if Mr. William (Charles' father) Needham was involved with this company but in 1890,  he "opens a new factory for his Domestic Pickle Works in Highland Station, near the current intersection of M-59 and Milford Road."  A fire destroyed the factory and had to be rebuiltin October, 1894, and a few years later he relocated to East Livingston Road, in a former pickle operation.  Once again, in 1906, fire destroys his factory and even his residence.  He's still in business in 1913-14, with his son, Charles (the letter writer), now joining the company.  The business was closed in 1962.
Posted by amuse me at 1:00 AM

Hello! I stumbled on this post today as I was looking for a date in the history of Domestic Pickle Works. Charles Needham is my Great-Grandfather so it was a treat to go back and read your posts about the interesting trail of this organ. Thank you!
Kelly