My husband and I had a most interesting Fourth of July -- normally we are on the go doing some traveling this time of year, but this year has been different in a lot of ways.  So, anyhow, back to a couple of days ago.

We were given the opportunity to peak behind the scenes of the Fourth of July fireworks celebration that has become well-known throughout this area.  Come to find out, none of this happens very easily!  Along with the year-long fundraisers to have the money to purchase (this year's) $10,000-worth of fireworks, there is a great deal of preparation in order to light the fuses.

By the time we could go see the set-up, most of the work had been done.  To start with, barrels needed to be strapped and nailed together (picture 1) and then a "bomb" (picture 2) had to be placed in each barrel (picture 3). 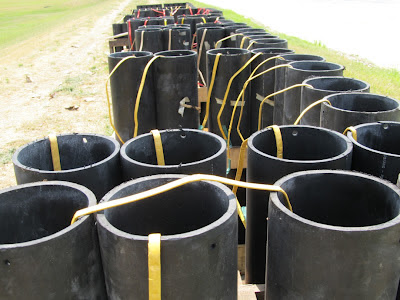 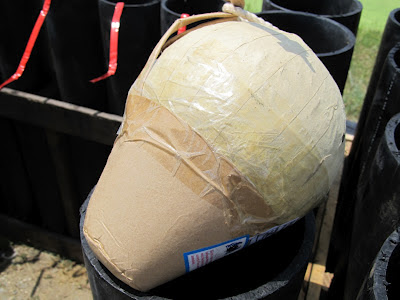 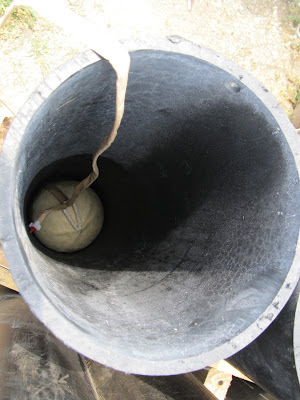 There were just under 200 "bombs" placed in the barrels.  There were five different stations set up so the fireworks could be ignited a couple from each station at a time.  The finale -- with a constant barrage of fireworks -- had one fuse attached to the whole station!

Tomorrow, I will be showing pictures from the parade that was held between my husband and I checking out the set up of the fireworks and then the whole wonderful display of fireworks.  Day after tomorrow's post will be a few of the shots I was able to get of the fireworks.
Posted by amuse me at 1:00 AM