Here are a few pictures from the parade that came through town, after it was organized and everyone lined up on Veterans Drive by the VFW building, down Grand River, ending at the St. Agnes Catholic Church parking lot. 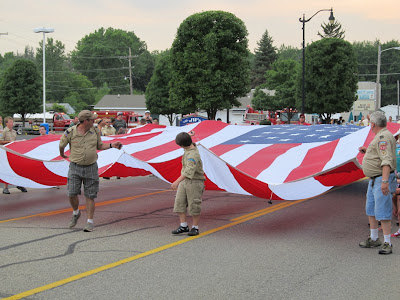 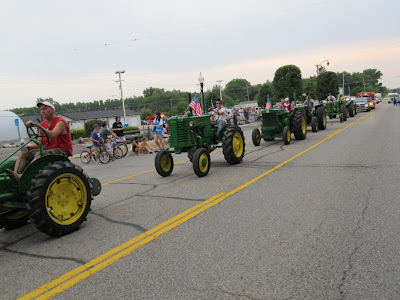 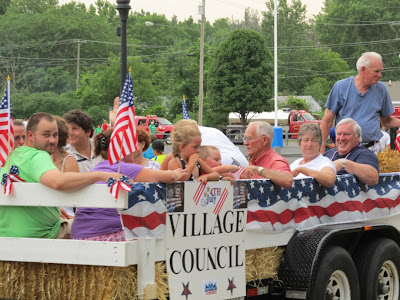 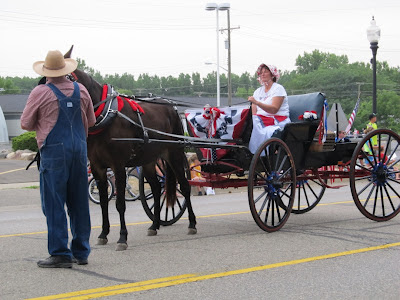 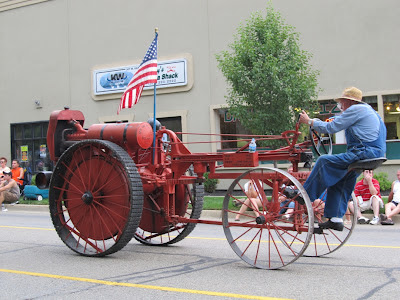 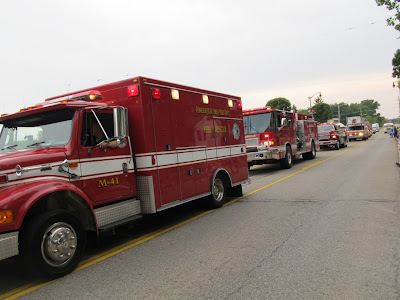 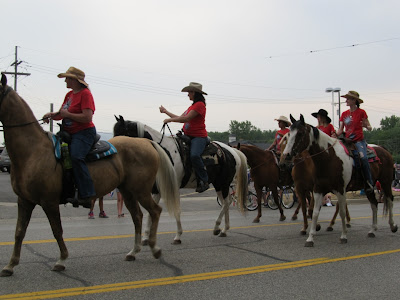 It was a fun parade, a little bit too warm, but it looked like everyone was having a grand ole time.  The ladies riding the horses, bringing up the rear (so to speak), were getting a little ruffled though.  Police Chief Couling was behind them, with a huge semi behind him that appeared to get caught up in the parade, planning to take the route directly through town.

Kids in the crowd kept indicating to the driver to honk the horn -- which she did a few times.  Unfortunately, everytime she did, the horses skittered around nervously.  Finally the girls on the horses asked Chief Couling to tell her to stop doing that.  He promptly stopped his car, walked back to the semi, asked the female driver to suspend blasting the horn (which she did), and the parade continued on without further nervousness.

Be sure to check back for the pictures I'll be posting of the fireworks -- they are some good shots but will never do justice to the hugeness of those fireworks.  Also, head to the "Videos" page and there are two links of videos we took.  One is the fireworks finale and the other is of the fire trucks in the parade.
Posted by amuse me at 1:00 AM