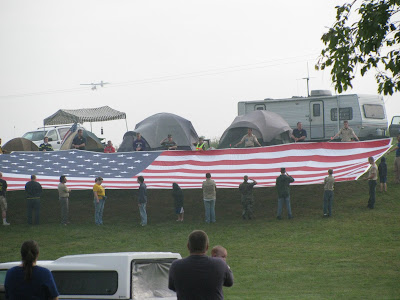 All of the laughter and conversation of those having the annual Rotary breakfast came to a halt at 8:46 when a moment of silence was offered up to those lives lost in the attacks and subsequent fighting overseas, followed by the singing of the national anthem and the unfurling of the American flag.
Posted by amuse me at 6:41 AM