Once again, I found myself on the second and third floors of the Harmon building, doing a little exploring with one of my readers and friend.  In the very near future, I will be posting a few more very interesting discoveries.

But for now, I want to do a little bit of an update on an earlier squint shot.  Click here for the squint shot article.  Once you've read that article and obituary, come back here. 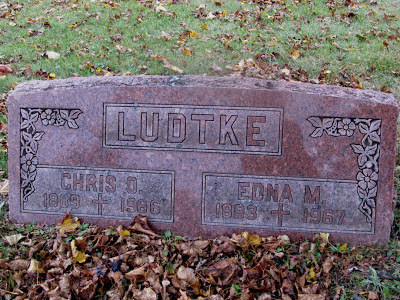 My reader offered a little additional information and insight.  Chris Ludtke would have been 20 years old in 1919 -- writing on a wall might have been something a kid that age would do!  When Mr. Ludtke passed away, the service was held in the Lutheran church with at least some of the pallbearers being active in the Masons.  Paul Harmon's grandfather was one of the pallbearers.

Tomorrow I will be starting a series of scans of an advertising gimmick from about 1990.
Posted by amuse me at 1:00 AM