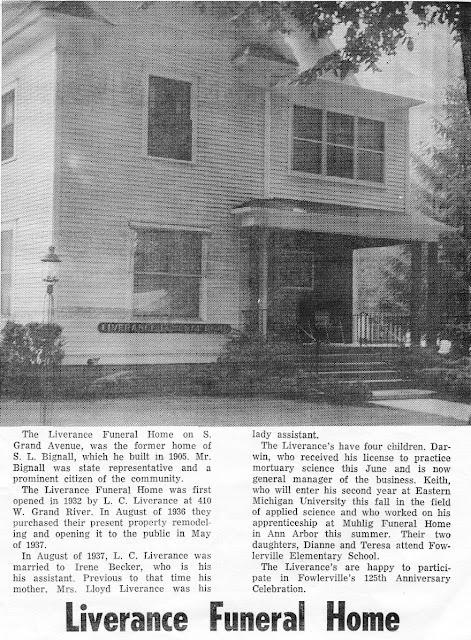 When I first began doing research -- finding answers to a few questions posed to me -- I came across the following picture: 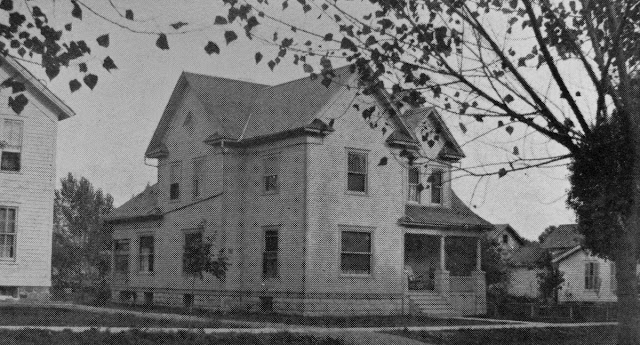 It was a picture that had been made into postcards, but there was no information other than it was S.L. Bignall's house.  As it turns out, this is the house that was eventually used by the Liverances, located on South Grand Avenue where the village offices are now housed.  There have been numerous modifications made to the house but you can still see similarities.

The house at the left in the above picture was eventually moved to 227 East Street.  A current-day photograph follows: 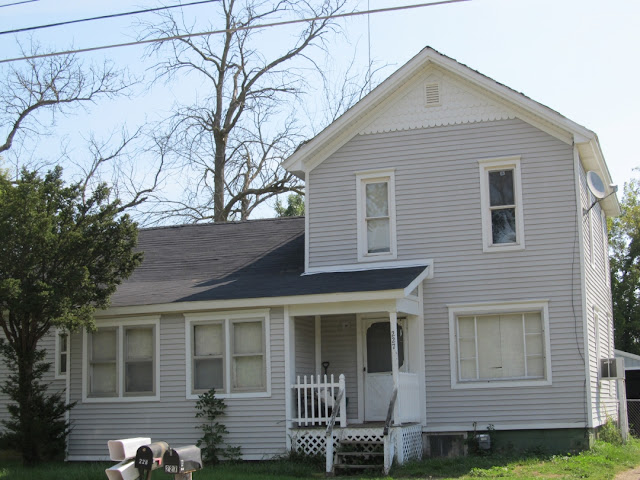