In the early to mid-1960s, the Blue Star Restaurant was located on the west side of town on Grand River Avenue.  Before that, some may remember it as Showerman's Restaurant, and today the building is known as the Genesis House.
As I toured around town with a former resident of the village -- he grew up in the village in the 50s and 60s and worked for Utilex in later years -- he described numerous locations his family lived and where they worked.  When his family owned the Blue Star Restaurant, the dining room (as shown below) was on the first floor and living quarters were upstairs.  The walls were painted with murals of lakes and pine tree, as you can see on the east wall of the restaurant. 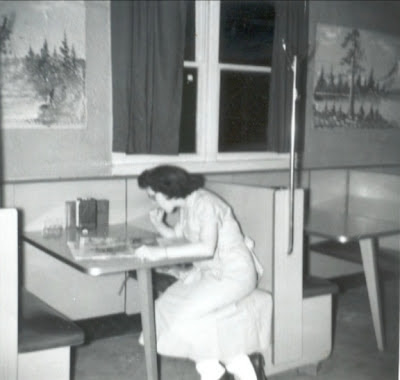 At that time, specialties of the house were hot beef sandwiches with potatoes and gravy.  You could get a hamburger for 75 cents, home fries for 25 cents, and delicious malts for 50 cents.
The restaurant was a well-known truck stop along Grand River Avenue which, before 1962 when the expressway was built, was the main thoroughfare from Grand Rapids to Lansing to Detroit.  Where today you can find the Frosty Boy at the corner of Veterans Drive and West Grand River, truckers would line up their vehicles before heading into the restaurant for good old-fashioned home cooking.
As related to my by this long-ago resident, State Trooper Dibble (shown below) was a frequent visitor to the restaurant.  As a courtesy to him and as a friend of the family, he never had to pay for a meal -- it was always "on the house." 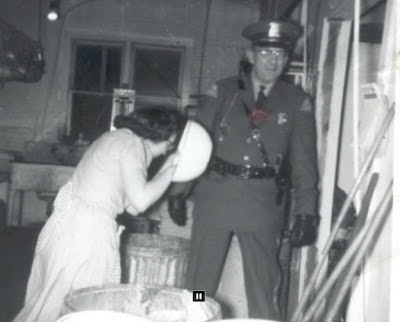 Today, this building is now called the Genesis House.  For more information on what this is, click here for their website. 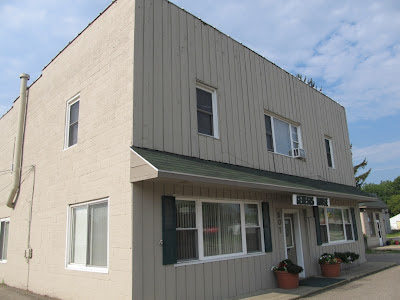