While one of my readers and I toured the village, he spoke about three of the houses from the northwest corner of Detroit street and West Grand River avenue westward.  In the mid-1960s, the corner house (first picture) was the home of Harry Blank.  It was a jeweler in the early part of the 1900s and, at one time, had his store located in the Harmon building.  One of the memories offered up concerned goldfish.  Mr. Blank had large tubs of goldfish which, once winter approached, he would move to the basement of this house. 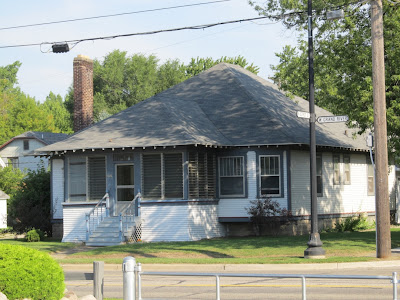 The second house, many may remember, was the original location of the Liverance Funeral Home, before the Liverances purchased the old S.L. Bignall house at the southeast corner of Church street and South Grand, now the village offices. 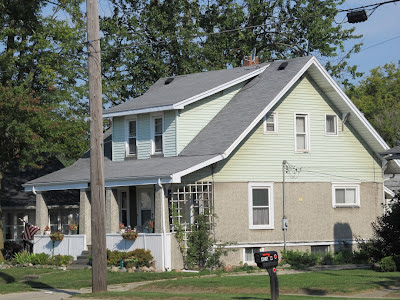 The third house shown was the home of Inez and Fritz Kunde in the mid-1960s.  Inez was an employee of Frank Utter in Utter's Menswear store and Fritz was a finish carpenter.  When widow Inez passed away, she willed the house to the Utters. 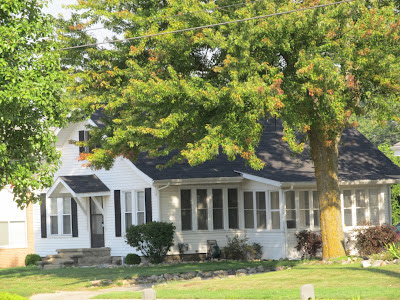 Over the next few days, I will be doing some additional updates from e-mails and then will get back to my tour around town with one of my readers.
Posted by amuse me at 1:00 AM

My grandmother, Marion Winegar, bought the first house in late 1968. She lived there until late 1985.