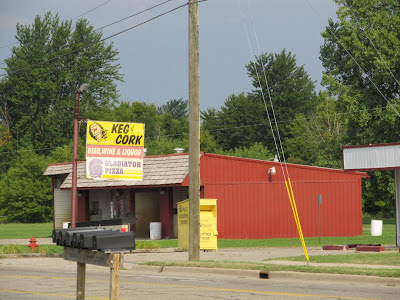 Before one of my readers (see yesterday's post) and I left the parking lot for the Frosty Boy, he spoke about three buildings that used to exist on the north side of West Grand River.  The car wash (above) at the northwest corner of Detroit and West Grand River used to have a drive-in restaurant called the Red Diamond.  It was owned by one of my reader's sisters, Marion Nichols.  Originally, it was a spring, summer, and fall restaurant but eventually a portion was added onto the building for indoor seating.
At the northeast corner -- across Detroit Street -- an empty building now stands that used to house the Keg and Cork.  At one time, a gas station stood at this corner.  Does anyone remember what kind of fuel might have been sold there? 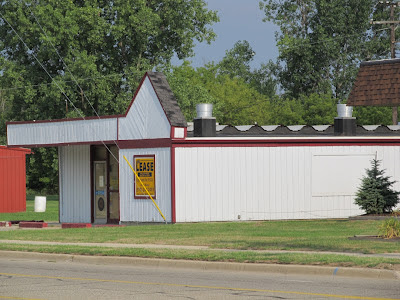 Next to the old Keg and Cork, Citizens Bank now stands.  According to my reader's memories, a house used occupy this lot and the owners of the house ran a trucking company from this location.  He was not able to think of the name so if anyone remembers, it would be great if you could leave a comment. 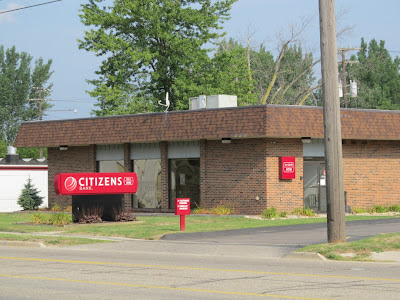 Tomorrow, I will offer up some memories of his as we wound our way down Veterans Drive and onto Frank Street.
Posted by amuse me at 1:00 AM