In the mid-1970s, the downtown area had parking meters.  In an upcoming May 'then and now' squint shot, you will see a picture of when the post office was located where Shear Image is now housed.  At the front of that picture, there is a parking meter.  The meters were torn out and it now does not cost anything to park while you shop.
While we've been preparing for the 'museum' which will be located in the south front portion of the old hotel during May, June, and July, one of those meters will be on display, thanks to Larry Davis, the DPW director.  His brother-in-law has loaned it for the display, but I thought early pictures might be a bit enticing. 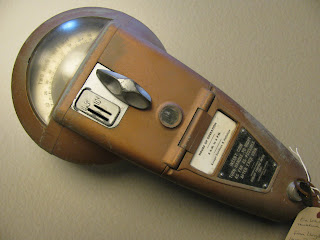 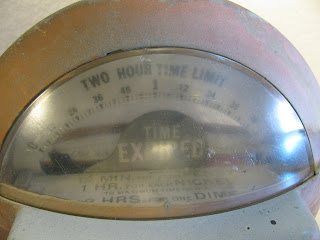 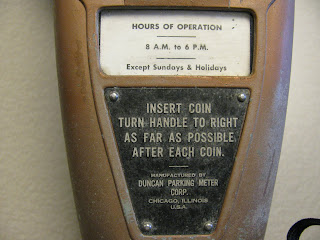 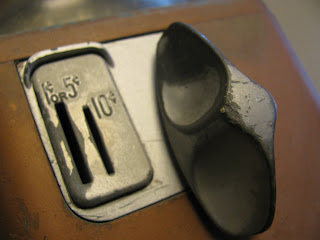 On a side note, Larry Davis' sister used to be a meter-maid for Fowlerville.
Posted by amuse me at 1:10 AM