A picture that I came across regularly while researching my book, The Fowlerville Chronicle, was the one shown below from around 1930.
While comparing the old one with the new picture, I noticed a two-story house at the far left side of the old photograph, which would have stood at the southeast corner of East Grand River and South Second Street.  By this time, also, it would appear the Standard gas station was located at the other corner (which you can see in an earlier 'then and now' squint shot). 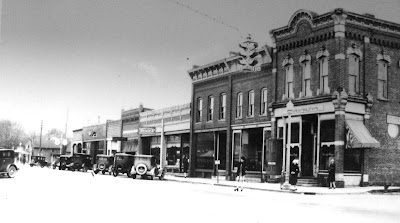 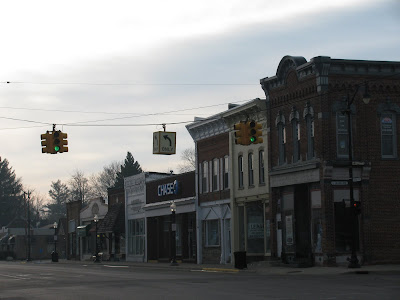