In continuing the series of 'then and now' squint shots, today's pictures show the southeast quadrant of the downtown area, looking southwest from the corner of North Second Street and East Grand River.  The first picture was taken sometime in the late 1930s or early 1940s.

In the intervening years, the facades have been reworked but the five buildings are shown. 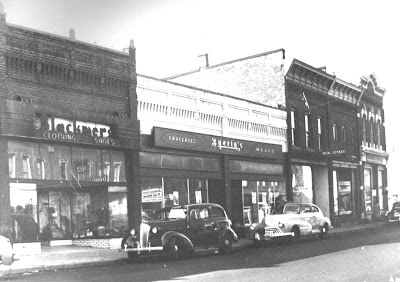 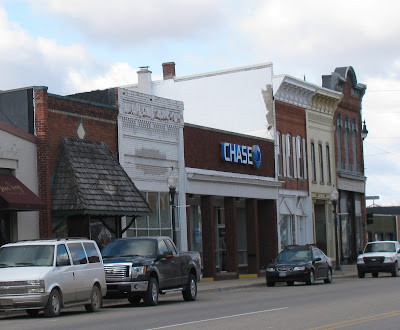