In the memoriabilia provided by the Tomion family for the museum display a football team picture from 1916 was included in the collection. It is a great picture, showing their uniforms and even a football being held by the player sitting on the ground.
As attendees of the museum have hovered over this picture, some tried to identify the players. Fortunately, some names were provided on the back as shown below. Walter Tomion, the future owner of Tomion's Dairy, is in the second row, third from the left.
In later years, Tomion's Dairy would be located in the southeast quadrant and was a popular spot for fresh milk, ice cream, shakes and malts, and probably a whole slew of other goodies. 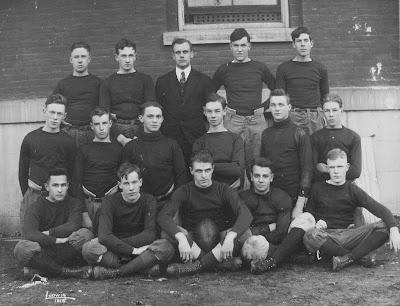 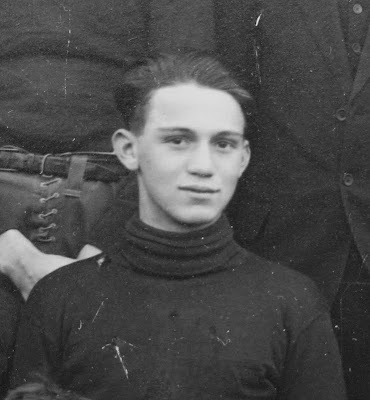 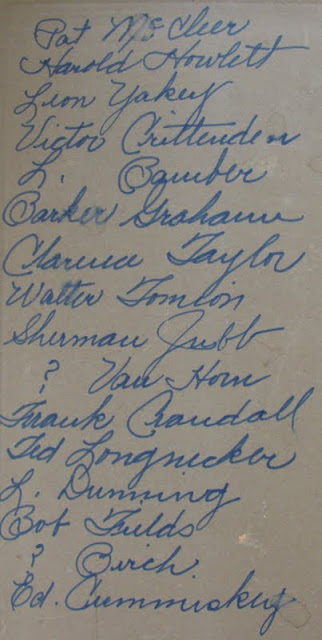