The following picture, taken in 1922, shows starting at the left, A.E. Cole's son-in-law Roy T. Sprague, daughter Ada Sprague, Arthur E. and Ruth Cole, and daughter Inez Cole. According to an article found in the Fowlerville News and Views, February 4, 2002, this family was vacationing in Florida at the time this picture was taken. 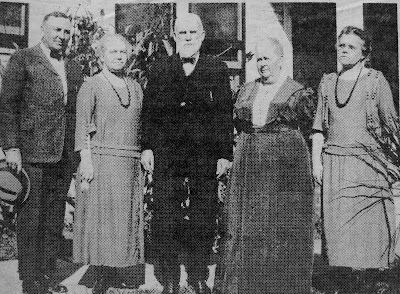 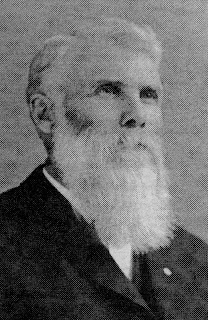 The first time I came across Judge Cole's name was around 1900 when he was listed in the business directory as "A.E. Cole, Attorney and Counselor at Law and Solicitor in Chancery. Office in Drew Block." "Chancery" -- there are a couple of definitions that probably fit him; 1) a record office for public archives or those of ecclesiastical, legal, or diplomatic proceedings, and 2) a court of equity in the American judicial system.
Roy T. Sprague and his wife, Ada, were involved with the Ford Garage by 1917, although earlier Mr. Sprague worked for the telephone company as lines were being installed in the village.
Inez Cole was a teacher in the area.
At time permits, I will post articles on A.E. Cole's career as there is a slew of information on the cases he worked.
Posted by amuse me at 1:10 AM