In 1972, one of the houses Ralph Fowler built and lived in was located on West Grand River, about at the northeast corner of North Ann Street and the main drag. It was reported that the house was going to be relocated, possibly to somewhere in Bell Oak, but according to reliable sources, the house was ultimately demolished. All of this can be found in my book, The Fowlerville Chronicles, as well as the picture shown below. 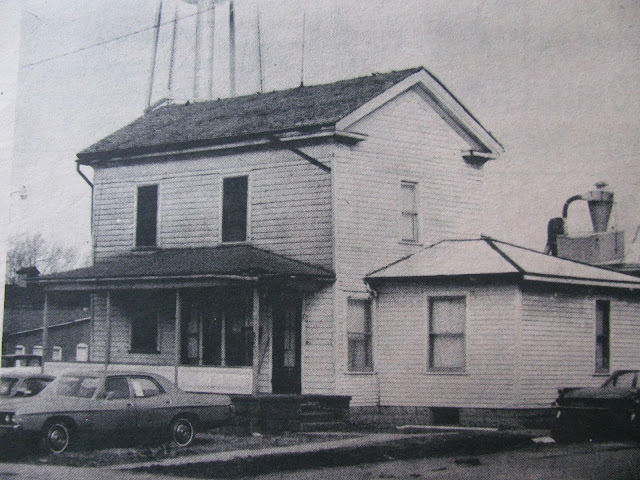 Recently, I happened to look a bit closer at this photograph that had been printed in the local newspaper, and I noticed something interesting. At the far left side of the picture, a brick building with four white rectangles (assuming windows) can be seen. Now my question -- was that the building formerly used as the water works building, as early as 1908 (picture below), and then for the Fowler Chair Company, in the early 1940s? I believe it just might be. 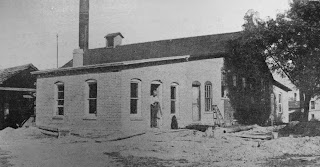 At the right side of the first picture is part of the feed mill located about where the Fowlerville Lumber Company offices used to be.
Today being the Fourth of July, numerous activities will be held in this exact spot, which is now called the DDA parking lot.
Posted by amuse me at 1:10 AM