In the mid-to-late 1940s, a photograph was taken looking east from about Ann Street, on the south side of West Grand River Avenue.  By this time, the Palmerton block was now known as the Sidell block.  In 1892, an etching in the stonework so named the building after Geo. W. Palmerton, the husband of Joanna Fowler Palmerton, who died the year earlier of diptheria.  In 1945, a plaque was (reportedly) placed over the etching renaming it the Sidell block.
Following are the old and current pictures for your comparison . . . 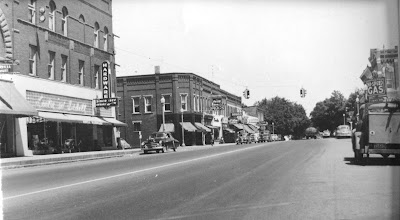 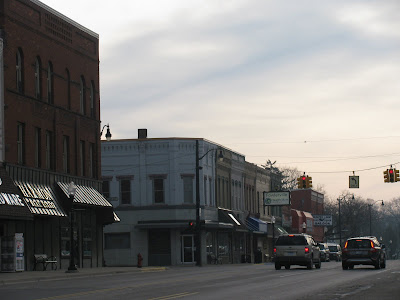