In the continuing series of 'then and now' photographs, I headed just south of the railroad tracks on South Grand Avenue.  In 1875, the Rounsville family came to the Fowlerville area, put down roots and also built a cottage on Black Lake, built up businesses, and became very active in numerous community activities.
One of those successful ventures was the grain elevator Mr. Rounsville built on the west side of the tracks, on the south side of the tracks (more on that tomorrow and the next day).  Somewhat kiddie-corner southeast to the grain elevator, the Rounsvilles built a beautiful and quite large house on the east side of South Grand Avenue.  That house was demolished in the late 1960s or early 1970s, so today's pictures show the house and now an empty field. 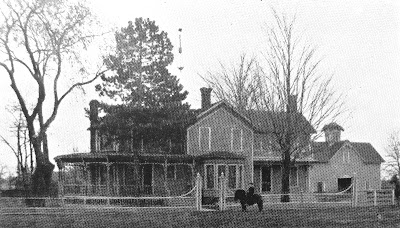 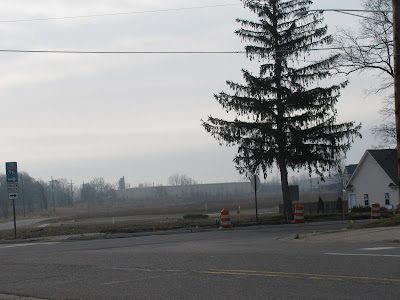