At the southeast corner of West Grand River and South Ann Street, there used to be a brick or stone building but was taken down by the late 1950s to build a Gulf Station.  That gas station no longer exists, but does the building still stand, only covered with rough-sawn cedar?
Following are two pictures for the 'then and now' squint shot series.  The first one is from 1957, as found in that year's school yearbook, and the second one is from just a couple weeks ago.
Any thoughts? 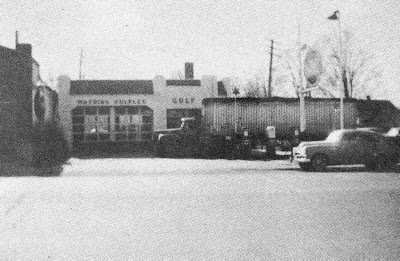 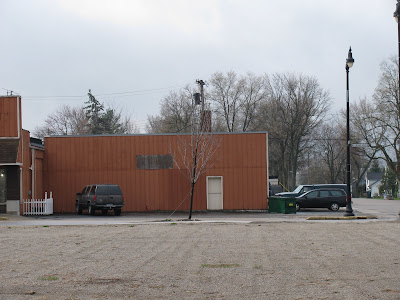