The old, unfortunately falling down building at the southeast corner of South Collins Street and East Grand River stands unused at the moment.  In recent years, it was Hill's Sporting Goods store.  As a matter of fact, not too many years ago our youngest loved to fish and we would head there for crawlers.
Rumor has it -- and that is part of the reason this is in the 'then and now' series of squint shots -- this building has been sold and may be demolished.  While researching The Fowlerville Chronicles, I came across a picture of this building in the late 1920s or early 1930s, when it was a gas station.  So now, for your comparison, here's the current day picture followed by the old photograph: 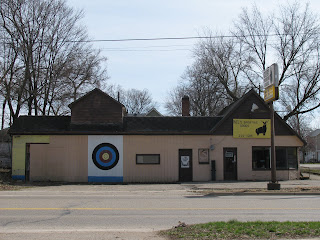 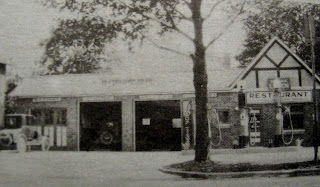 With the possibility of the building being torn down, I also took pictures of the west side (Collins Street side) and as much of the back as I could see. 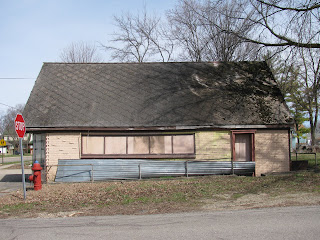 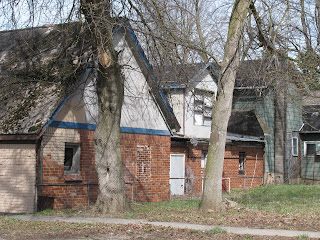