It is always easy to figure out which storefront was Tomion's -- even if addresses were seldom used in advertisements -- because of the diamond opening above the sign.  It would appear the 'diamond' window has been closed up but it is still a part of the overall look.
At present, a sporting goods store is in this location.  In the most recent memory it has been a part of Utter's MensWear and then a flower shoppe for quite a number of years (Sherri's Flower Station and then the BeeCharmer).
Following are pictures from 1962 when it was Tomion's and now in 2011: 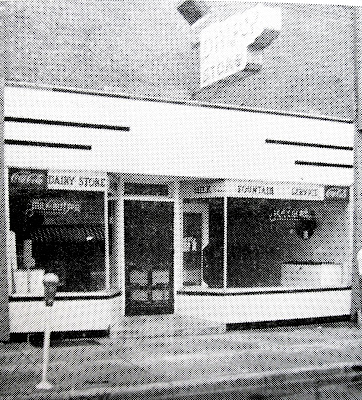 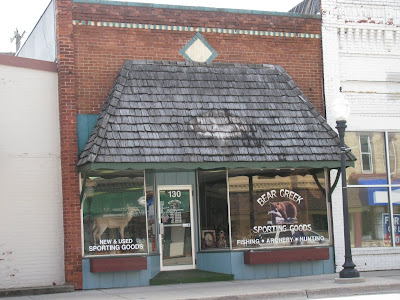