As I continued standing at Power Street where it dead-ends into North Grand Avenue, I pointed my camera to the west side of the northwest block of buildings.  In 1900, the three-story building at the far right side of the picture was used as the fire hall.  It also held the public library for many years. 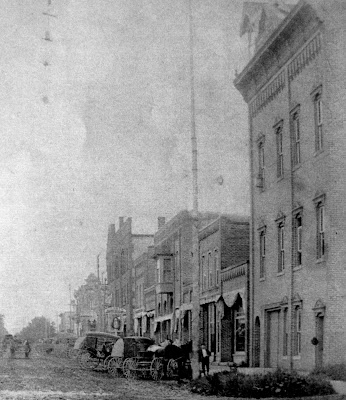 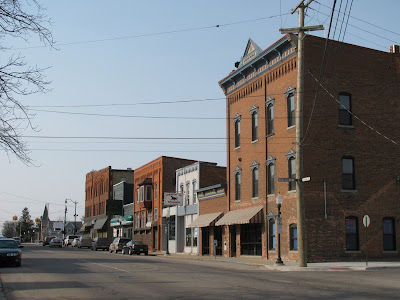 As I've checked out these pictures, the 'bump-out' on the second floor of the middle building has me pondering the fact that addition has been on the building at least a hundred years.  Chances are it has been shored up, maybe even rebuilt, but it is very old.  Now I've had to take an extra look at it and at some point, I'll add a squint shot or two.
Posted by amuse me at 1:00 AM