Well, after a short respite from the 'then and now' pictures, while we looked at the printer's cabinet, following you will see a picture taken in the early 1900s of the large, three-story red house at the southwest corner of South Collins and East Grand River. And then a current-day picture. 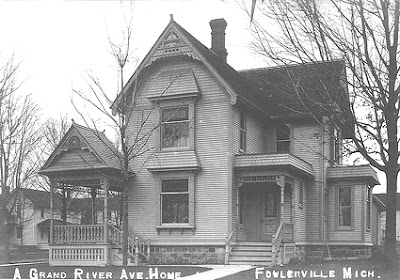 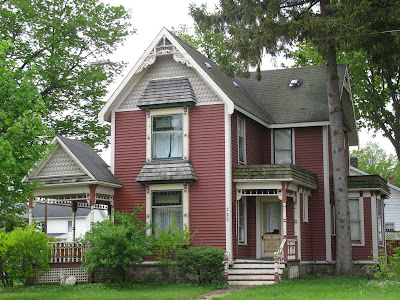 Although﻿ this is now rental property, many in the village still refer to the house as the old Nellie Glenn home. She was Fowlerville's historian for many years until her death in the 1970s. As I've mentioned before, so much of what she worked on, preserved, and wrote after talking with residents older than her is now stored in the historical collection. Some of the typewritten pages are brittle and fading but still very readable.
If you are interested in seeing any of her work, I will be at the village offices Tuesday, June 7, around 9 am. Just look for me in the council chambers -- that's where the walk-in closet is located holding all of these treasures.
Posted by amuse me at 1:00 AM