Early in my research for my book, The Fowlerville Chronicles, I found a reference to a Mormon Church located in the Fowlerville area.  Under the year 1868, I added the information, "One such case (referring to religious services) was from the years 1840 to 1842, apostles of the Mormon Church would hold meetings in a house known as the "Mormon Schoolhouse."  As other religions began to flourish though, the 13 families of the Mormon Church eventually relocated in Nauvoo, Illinois, with other families of the same persuasion."
At the time I was working on the book, I never thought about where they may have met.  But, recently, while speaking with a friend here in the area, she mentioned the old Mormon church, south of town, being used as a house now.  Of course . . . and you know the rest of the story . . . I had to take the long way home to go find this building.
So, for today, instead of a 'then and now' set of pictures, I have three pictures showing the north side, east exposure, and south side of the old Mormon church now being used as a house.  Enjoy . . . 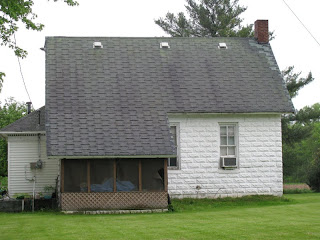 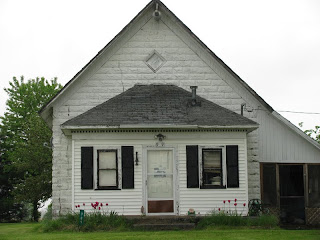 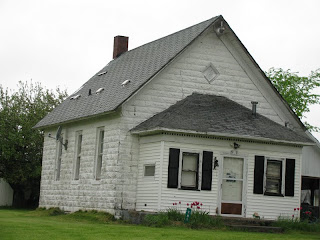