In 1969, Hamilton's closed. It had stood at the southeast corner of East Grand River and South Grand Avenue. Before it became Ruth's Resale in 1970, the Hamilton family had owned and operated this storefront since about 1903. The last Hamilton to run the store was Romine G. Hamilton, an accomplished violinist and only child of Mr. and Mrs. Claude D. Hamilton. Romine had taken over the operations of the store when Claude passed away in 1939. To backtrack even further, Claude was the son of G.D. Hamilton, a furniture builder in the village for over 50 years.
Now the building stands empty. The second floor has been reburbished and contains two beautiful offices, but the first floor is still unfinished. The following picture was printed in the newspaper in 1969 when the store closed, and the 'now' picture shows the empty storefront. 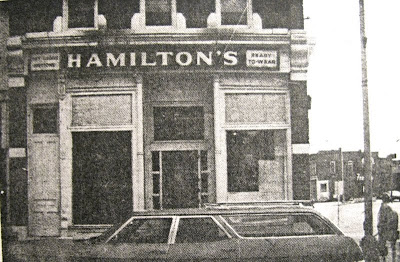 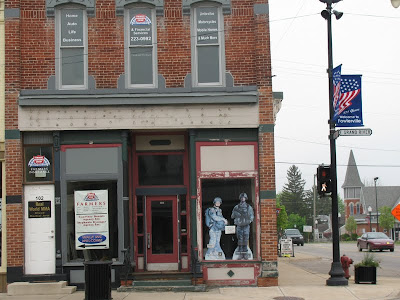